Where Do You Defer Authority? 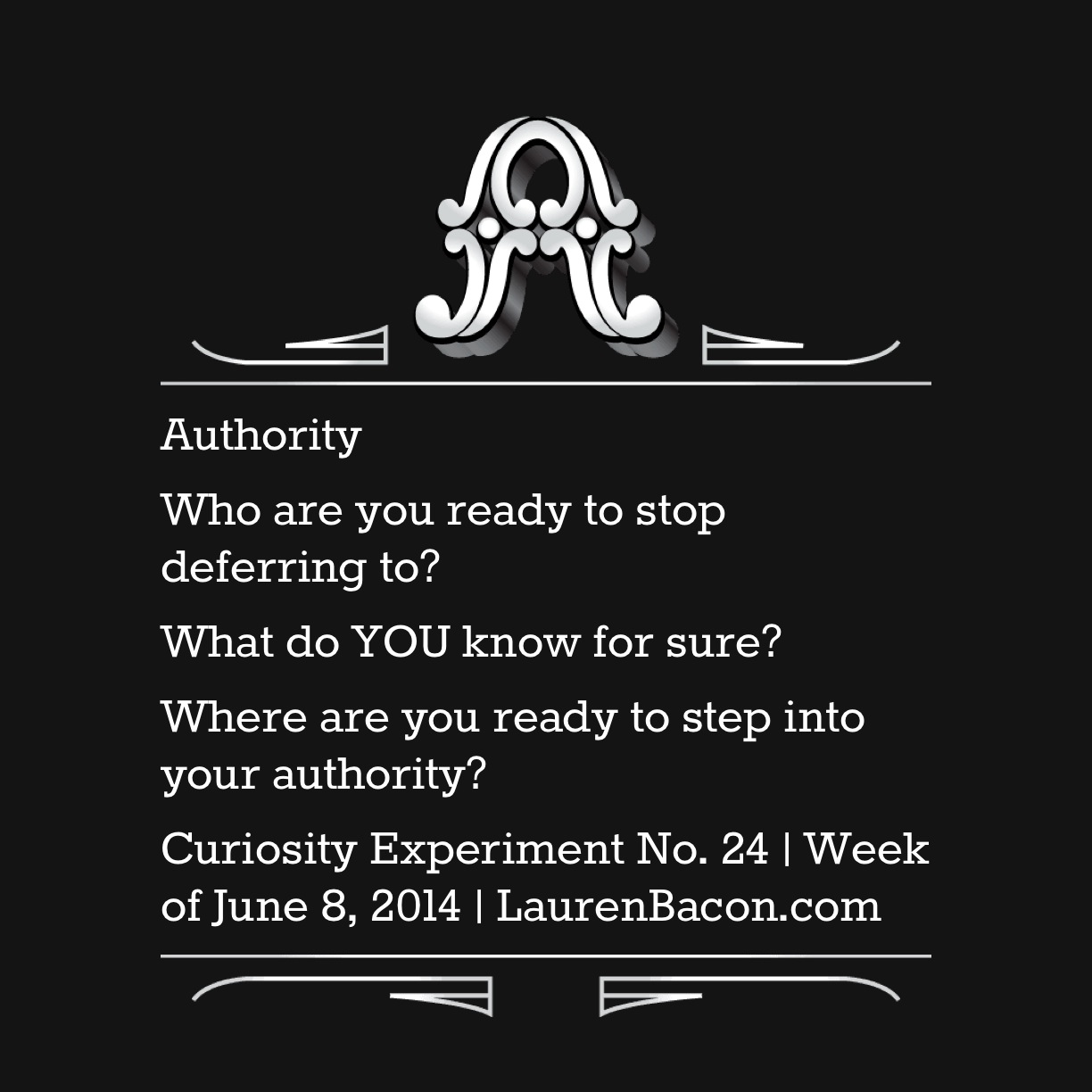 Peter Drucker, the Austrian-American expert on management who was one of the more influential “thought leaders” in 20th century business circles – and who Bloomberg Businessweek Magazine called “the guru’s guru” – once dismissed such labels with a sharp smack:
“We are using the word ‘guru’ only because ‘charlatan’ is too long to fit into a headline.”

Dial back eleven centuries and tune in to Buddhist master Lin Chi: “If you meet the Buddha on the road, kill him” – a harsh reminder that our task is to internalize the wisdom we seek, not project it onto others.

Or read Danielle LaPorte’s perspective: “Actually, you’re the guru… You had the ears to hear it. You were there at the right time. You were ready to resonate.”

There’s wisdom to be gained from listening deeply – and there’s power in claiming your authority, standing in your truth, and giving yourself credit.