When do you feel courageous? 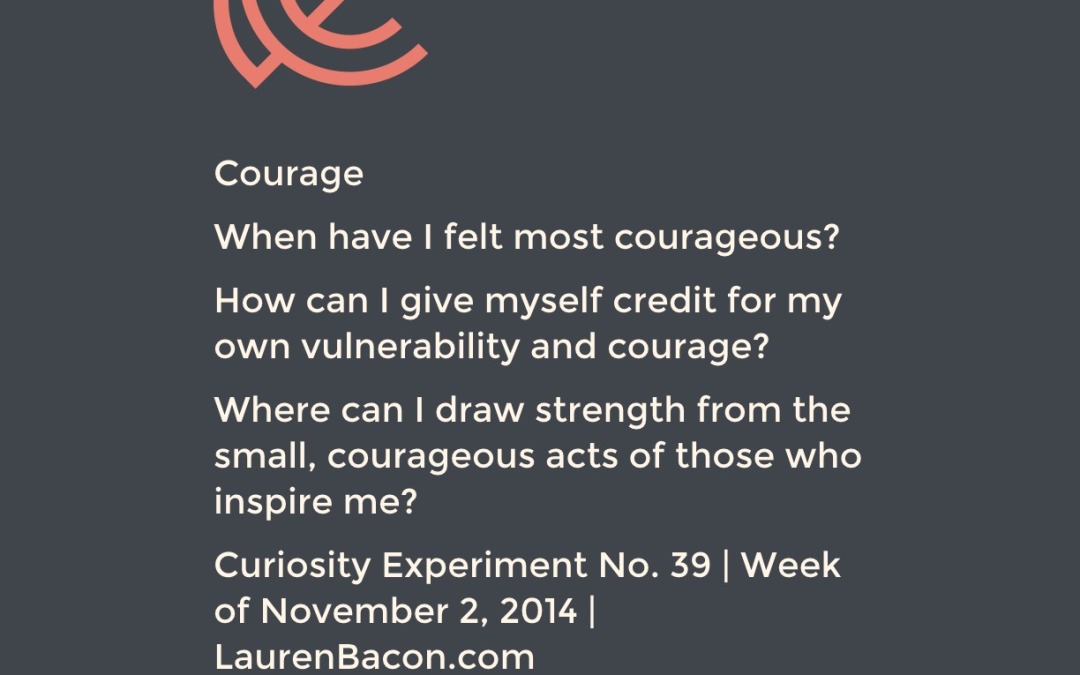 In my latest blog post, I considered how it might feel to be Apple CEO Tim Cook this week, as he chose to share publicly that he’s gay and proud of it. I was inspired to write in part because of my own father’s journey as a gay man who came out in his 50s, but also by Alexandra Samuel’s thoughtful reflections on the collision of “public” and “private” sorts of conversation online. Alex writes:

We are in different conversations whenever we come to a topic with radically different stakes. For some people, a controversy like the Ghomeshi story is simply an interesting news story that’s worthy of discussion; others may engage in the debate as part of a serious professional or volunteer involvement in a related field like sexual violence or employment law.

And of course, some people come to a news story with a personal investment in the matter at hand. If you’re a woman who has survived sexual assault, Ghomeshi’s story may feel very personal; if you’re the parent of an African-American boy, Michael Brown’s death is much more than just a news story.

When you feel personally invested in an issue that’s in the news, a conversation about that story is a personal conversation.

So yes: As the daughter of a gay man who came out in his 50s, I felt a sudden and unexpected kinship with Tim Cook this week. I saw his Businessweek article and immediately felt the struggle that he must have experienced as a gay kid growing up in the South in the 60s and early 70s – and the courage and vulnerability that accompanied his coming out.

I could also see why some commentators on Twitter were interested in pushing the public conversation beyond “coming out” and “closets” and so on – because yes, the public conversation is a different beast than the private life of a single person. But while I love asking questions like, “How can we encourage more sweeping change?” and “What’s the next big shift we need to look towards as a society?”, I’m also a big fan of bearing witness to the smaller acts of courage that are performed every day – the ones that may not seem like big steps forward, and may not be remembered in history books, but that lay another brick in the road towards the world we want to see.

So today, for this week’s curiosity experiment, I’m interested in the personal. Leaving aside what may seem like your most courageous actions or your greatest accomplishments from the vantage points of other people, I invite you to ask yourself: