What They Don’t Teach You in Sex Ed 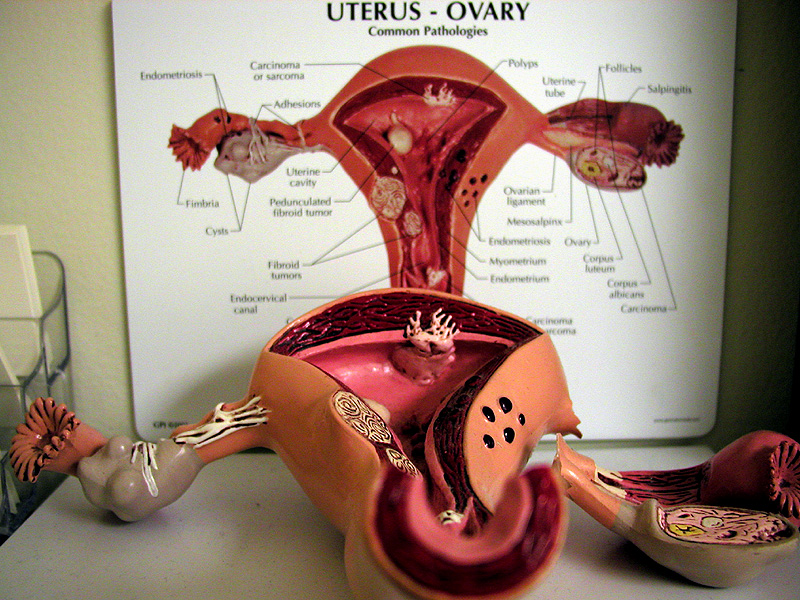 When I was in Grade 9, I had a fantastic science teacher named Mr. Ali, who I remember for his fabulous Indian accent (his rolled r’s in “ribonucleic acid” were unforgettably delicious), large ears, and small stature – and the fact that when we studied the menstrual cycle, he established a rule that only the boys would be called on to answer questions aloud in class. We girls all giggled and felt we were getting away with something, while the boys blushed and groaned; but Mr. Ali’s ploy worked, and the boys learned the science of menstrual cycles thoroughly while we girls sat back comfortably and enjoyed the show. I suspect Mr. Ali trusted that we young women would be interested enough in learning how our ovaries worked that we’d pay sufficient attention – and while I can’t speak for all of my classmates, that was certainly true for me. I was rather fascinated by the corpus lutem and the ebbs and flows of estrogen and progesterone.

It wasn’t the first time I showed an interest in human sexuality. Years earlier, in grade school, I remember bringing a book to school that my parents had given me to explain sex – so that the other kids could benefit from the knowledge I was pretty sure their parents weren’t sharing with them. (Thank you, lovely parents of mine, for your matter-of-fact willingness to answer my questions.)

And it wasn’t the last, either: Later, in first-year university, I vividly remember a day when Freud was up for discussion and a girl in my class raised her hand to ask what an erection was. Her naivete prompted shocked expressions on everyone’s faces. “Let’s grab coffee after class,” I offered – and was honoured to be the one to fill in the gaps left behind by her parents, who’d forbidden her to attend her high school’s sex ed classes.

All this to say: I’ve always been curious about sex, fascinated by the science of it, and confident about my depth of knowledge on the subject. I always thought I was one of the better-informed people on the planet when it came to things like ovulation, contraception, and so on.

There were known unknowns, of course, in my internal sexual-scientific encyclopedia: obscure fetishes and other things that didn’t particularly interest me. What I didn’t realize, of course – what no one realizes, by definition – was that there were also unknown unknowns: things I had no idea were missing. Moreover, those unknown unknowns were hugely significant – and are significant to huge numbers of women.

No one ever teaches us this stuff in sex ed class. And I really, really wish they would. It would save so much heartache and confusion.

There are four open secrets that no one ever tells most women:

I learned all this by reading Toni Weschler’s wonderful book, Taking Charge of Your Fertility, which I passionately believe should be taught to every girl when she reaches puberty. I didn’t read it until I was a grown woman, and it is not an overstatement to say that I was outraged at the misinformation I had received at the hands of medical professionals, sex ed teachers, and mass media up until that point.

The key realization for me was that I couldn’t rely on averages or statistics to figure out what was going on in my body (and neither can any of us). If I wanted to understand my cycle, I would have to learn to pay close attention. And because I’m geeky, I found I enjoyed the process of recording the data my body provided for me.

I started charting when I decided, around age thirty, to go off the pill and give my body a break from artificial hormones. I’m a little embarrassed to admit that I didn’t consider beforehand that I hadn’t had a normal menstrual cycle in ten years – so I didn’t recognize the signs my body was giving me now that I was ovulating again. Charting helped me learn what the heck those signs meant. I learned to identify my fertile days so I could be extra-careful with contraception – and my non-fertile days when there was effectively zero chance of conception, so I could afford to be a little more relaxed.

And years later, when my partner and I decided to try and have a baby, my charts provided me with very solid data that helped us plan our sex schedule (or GOFing, my new favourite term) – which, you know, sounds clinical and un-fun, but was particularly helpful for us since my partner travels a ton for work. My cycles are pretty predictable, so I put a recurring 5-day flag in his work calendar (“Green light: Go!”) that helped him plan his home-and-away schedule.

We were fortunate: I got pregnant right away, and carried the baby to term. Not everyone has that experience, I know – and a lot of factors went into that, including genetics & good old-fashioned luck. But I also know that my odds of getting pregnant when I wanted to were way higher because I understood my fertility signs, knew my cycle, and had tracked my data.

But I want women to understand the fundamentals of how this works, because it is powerful. I don’t care if you never chart a cycle in your life – I still want you to learn the basics of what your cycle looks like, the ebbs and flows of cervical fluid (which, yes, needs a new name), the ups and downs of your cervix, and how those things relate to your fertility. Learn it. Own it. Know what your body is telling you. And make the most informed, empowered decisions you can.

And if you know anyone who’s in charge of designing sex ed curriculum, send them my way.

Disclosure: I am currently an advisor to Kindara Fertility, a company that makes the best fertility charting app I’ve seen. My passion for charting, as should be clear from this article, predates my relationship with Kindara by a long, long while. In fact, I connected with them precisely because a friend sent me a link to their app, knowing I would freak out with joy that someone had finally designed a beautiful, easy-to-use, and scientifically sound charting app. I did (freak out with joy, that is), and I ended up coming on as an advisor because I believe so strongly in what they’re doing. I don’t get any kickbacks for you downloading or using their app, although I have a little bit of stock in the company and am doing my best to help them take over the world. That said, at the end of the day, I am not attached to how you choose to chart, so long as your system gives you reliable information and helps you understand your body.