What Boxes Are Too Small for You? 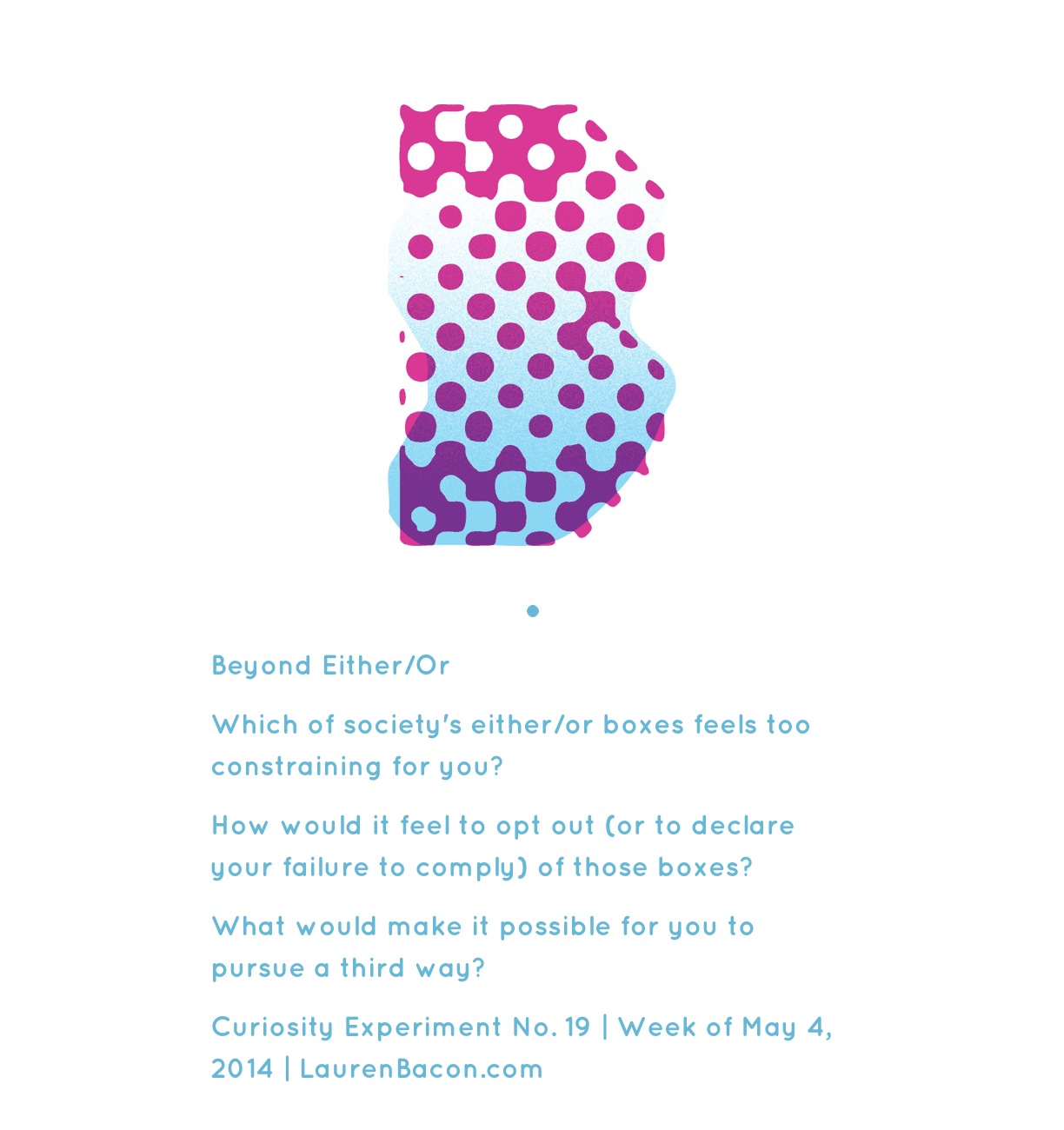 Since January, I have been posting weekly Curiosity Experiments to my email list (you’re on it, right?) and my Facebook page. I’ve decided to start sharing them here, too. If you’d like to receive these short-and-sweet inquiries by email, you can subscribe via the form in the sidebar.

One of the best shows I’ve seen in the past year is Gender Failure, a collaboration between storyteller Ivan E. Coyote and musician Rae Spoon that documents – with painful clarity, warmth, and humour – the artists’ experiences living outside easy gender definitions of “male” and “female,” “man” and “woman.” Both have opted out of one of society’s most basic ways of labelling people: they don’t check either box on a standard-issue sex/gender form field.

The show was both profoundly thought-provoking and wildly liberating. It wasn’t the first time I’ve considered the implications of disrupting the gender binary, but I did leave feeling more committed than ever to helping make a world where no one feels constrained by social pressure to identify as only one thing – or to be limited to an either/or question (or even a multiple-choice one) when an open field would be a better option.

While your gender may well fit (more or less) easily into a standard category, I believe all of us are “failures” in at least one of society’s binaries. And that the world would be a kinder place if we all copped to these failures – and made room for others’.