The Invisible Campfire of Online Communities 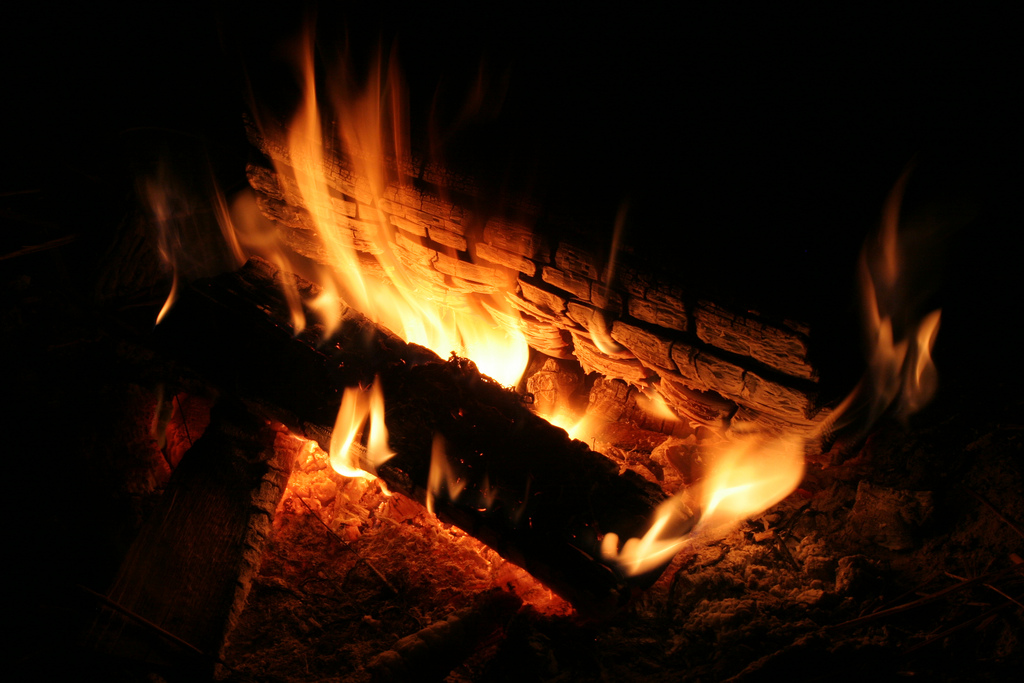 When was the last time you felt a deep sense of connection with someone else online? Maybe it was today – reading a blog post that articulated something you’ve been trying to express for ages, or seeing a friend’s face light up over Skype, or witnessing something beautiful and human captured on video. And maybe it’s been a while.

For me, it has felt of late like it’s time for me to recalibrate my ratio of online inputs, because I have a sneaking suspicion that there are quite a few more moments of disconnection than connection in my online life.

By disconnection, I mean experiences that make me feel like I’m spinning my wheels playing catch-up; that send me spiralling into a competitive and comparative mindset rather than a generous and generative one; and/or that leave me with a sinking feeling that if I’m not paying for the product, as they say, I am the product.

So this isn’t a rant about how the internet sucks, or how Facebook/Instagram/PopularAppDuJour is destroying our sense of meaningful connection. It’s not really a rant at all, so much as a contemplation on the questions, What kind of internet do I want to be a part of? What is the most spectacularly evolutionary potential of the internet? What constitutes meaningful connection and community? And, How can I contribute to building the internet I want to experience?

A few weeks ago, I had the pleasure of talking with Erin Anacker for her podcast on women and design – the wonderfully named “Below the Fold” – and she asked me about my experiences as an early-ish adopter of the web back in the mid-1990s. What, she asked, was the best part of the early web? The question got me thinking about exactly what drew me to the world online, and gave me some clues about what continues to matter most to me in my online explorations:

My favourite part [of the early web] was finding other nerds – and I don’t mean techie nerds; I mean people who nerded out about the same things as me… it brought me a sense of joy and connection, of community. To me, the most wonderful thing about the internet is that it has the capacity to feel less alone in our quirkiness, and in our strangeness, and in the parts of ourselves that maybe sometimes feel less loveable… or less seen.

What I notice about that answer is the longing for a social space where vulnerability is welcome; where exploration and learning are encouraged; and where knowledge-sharing, with no strings attached, is a given. There’s a sense of heart, too, in that a nerd can be anyone who is just really into something. I’ve found fabulous nerdy communities online that focus on everything under the sun, from knitting and feminism to coding, making, sex, parenting (and of course, parenting and sex, because such is the internet), beer tasting, productivity, Joss Whedon, personal development, Buddhism, community management, and on and on. Every one of them is fuelled by massive – and massively generous – nerds who think it’s incredibly fun to convene conversations about their chosen topic.

What those communities share is a sense of autonomy and shared enthusiasm among members; of wholehearted participation by their conveners (they’ve created the community they always longed for, because they’re their own #1 community member slash subject-matter nerd); and a desire to be of service.

In my book, Curious for a Living, I suggest that there are five universal drives that fuel creative work:

These are the things that motivate us to want to connect online, use mobile apps, fall in love with art, make the perfect shoulder bag, even organize our finances.

So how do we create more internet stuff that satisfies those drives, rather than catering to the stuff that sits lower on Maslow’s hierarchy? And how do we encourage and support more of the former, and make more conscious choices about our relationships with the latter (by which I mean the Buzzfeeds and Facebooks and every other ad-driven network out there)?

Even before the recent revelations about Facebook’s manipulation of users’ news streams to conduct a massive social experiment, I’ve been feeling increasingly… itchy about Facebook. It’s part of a larger itch I’m feeling about where I choose to devote my time, attention and personal data online. Increasingly, I notice just how deeply I’ve committed my data to applications, platforms and companies that are advertising-driven – Google, Facebook, Twitter and the like – where in my analog life, I tend to think pretty carefully about where I’m putting my dollars and energy. I think it may be time to re-read Clay Johnson’s The Information Diet and implement some of his suggestions.

But it goes beyond that. I read Jennifer Louden’s thoughtful post about the Amazon-Hachette battle, wherein she asks (with a hat tip to the wise and wonderful Hiro Boga), “What world do you want to shape?” And I thought about it in the context of the online sphere, which is where I’ve dedicated much of my career.

And I welcome ideas on how to do that.

Maciej Ceglowski delivered a talk on the current (and future) state of the internet in May that everyone should read (he’s posted the slides & transcript here), in which he articulates something I’ve attempted to say many times, though he says it far more charmingly:

Google discovered you could serve little text ads in context, and people would click on them. The whole industry climbed on this life raft, and remains there to this day. Advertising, or the promise of advertising, is the economic foundation of the world wide web.

Let me talk about that second formulation a little bit, because we don’t pay enough attention to it. It sounds like advertising, but it’s really something different that doesn’t have a proper name yet. So I’m going to call it “Investor Storytime”.

[…] Investor storytime is when someone pays you to tell them how rich they’ll get when you finally put ads on your site. […]

Most startups run on investor storytime.

Let’s be very, very clear about this: When a business is structured around advertising, it has a fiduciary duty to  its advertisers – not its users. And for many of the services we’ve been accustomed to getting for free, or at a much-lower-than-it-costs-to-produce price (like, say, The New York Times), this means that so long as we aren’t willing to pay for things with dollars and cents, we are tacitly agreeing to playing second fiddle to the folks who are paying the bill. And in this case, playing second fiddle means relinquishing our rights to the function, meaning, connection, delight, and evolution we might really want in favour of ersatz versions of those things that benefit advertisers – and that, much of the time, cost us in ways we don’t necessarily account for on a conscious level.

So for example, we “like” our friends’ posts and photos and links on Facebook, and we feel something like connection as we do it – but meanwhile, every “like” is being tracked to optimize us as ad viewers, to target ads to us more effectively, and to map our social graph for whatever purposes Facebook can concoct.

I’m using Facebook as an easy example here, but every ad-driven application works the same way. And that’s not evil or wrong – it’s just what they were created to do. But increasingly, when I spend any time on Facebook I’m queasily aware of the way my every move is being used to build a more efficient advertising machine.

An inner voice nags at me: Is this the internet I want to shape?

Back to Ceglowski: He’s analyzing a pretty dark subject, but he warms it with humour and provides some potential strategies for changing course: Regulating the collection and storage of personal data (and giving users access to their own data); decentralizing the internet; and de-Americanizing it. These are some great places to start. It is high time we started actively designing a framework for “the indie Web” (which I confess I wasn’t aware of when I started drafting this post, and am delighted to discover already exists… and I know I’m late to the party, but I want to join).

There are some people building online communities that are fuelling my fire and warming my heart. They are the reason I have no interest in packing it in and giving up on the internet:

People like Jessika Hepburn at Oh My Handmade, who wrote this stunningly gorgeous post reflecting on her four years at the helm of a seriously amazing online community, that weaves together her personal story with her path as an entrepreneur.

People like Sarah Bray, whose deep thinking about online nation-building is captured in her “Year of the Nation” missives.

And people like Brian Bailey at Uncommon in Common, “a front porch for the internet” and one of the best things in my inbox every week.

I could go on – and perhaps I should. There’s Willo O’Brien, whose Yes And Yes Yes event was cited by nearly every awesome person I met at South by Southwest this year. There are app developers like the aforementioned Mr. Ceglowski, who runs Pinboard.is on a delightfully innovative pricing model. There’s Gina Trapani and Anil Dash over at ThinkUp, who are trying to get your data back in your hands, and making it useful while they’re at it.

All of these people remind me that genuine community is possible online; that we don’t have to trade our personal data for the privilege of enjoying well-engineered online services; and that a humans-first approach is still possible. That’s the internet I want to shape.

The phrase “invisible campfire” in the title of this post is shamelessly lifted from Erin Anacker’s evocative introduction for her wonderful podcast, Below the Fold.

Addendum, July 10: My friend Joe Cardillo reminded me today that another post that I think subconsciously influenced me in writing this is Andy Baio’s “Diary of a Corporate Sellout.” Highly recommended if you’re interested in further reading on this topic.