Pushing Out Into the Deep Water 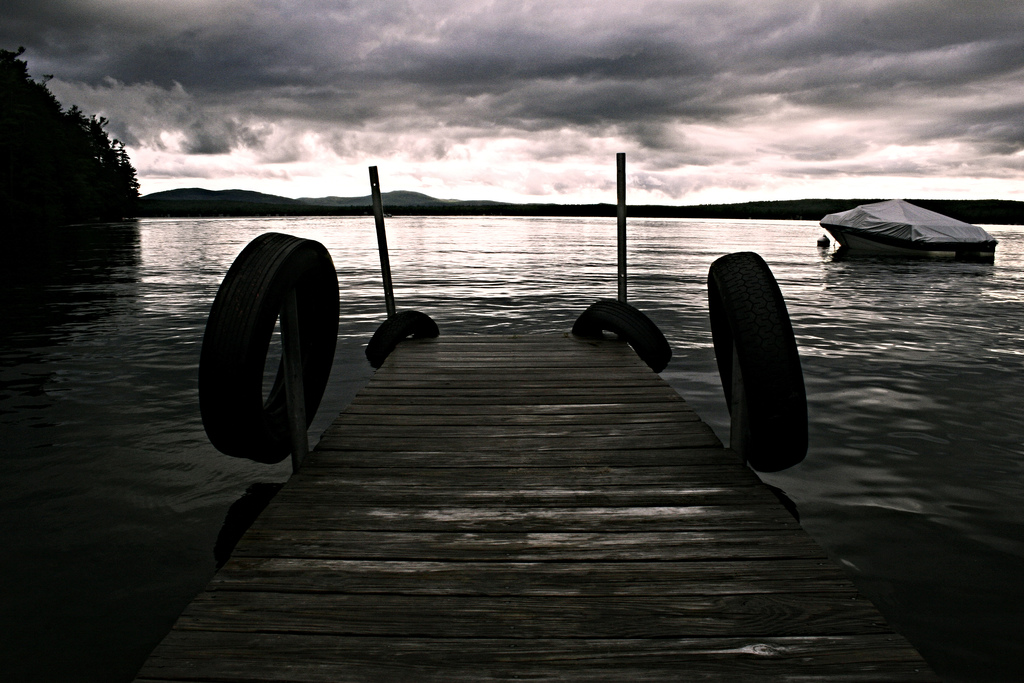 Today’s post revisits a piece from the vaults: I wrote it three years ago today, for my now-dormant book blog for The Boss of You. It struck me upon re-reading it that it is a perfect example of what Worship Wisely is all about: finding inspiration in others’ successes and celebrating them, without either canonizing or demonizing them.

If you haven’t read Bill Murray’s marvelous toast to Sofia Coppola at the NBR awards, I highly recommend it. (Go on, it’s short – just remember to come back here when you’re done.)

Isn’t it lovely? I mean, of course it’s charming and wry and witty, as you’d expect from Bill Murray (whom I love with the kind of deep affection you hold for screen stars who delight you in your childhood, teen years and well into adulthood – his maturity as a performer has kind of paralleled my growing-up and so from Meatballs as a kid to Ghostbusters as an adolescent and then of course all the cool indie-hipster films he’s done in the last decade or two, it feels as though he’s always done stuff I could get into). But there’s also this undercurrent of bittersweet, irony-free (at least, I read it as irony-free) hard-earned wisdom that I love. Here’s the bit that caught at my heart:

So why do you give this person an award? You give them an award because they need to be encouraged. […] Because now she’s had this success, she’s had this work, she has this life, she has this family, she has this thing going, and now is when people like you have chosen well to say, ‘Let’s give this person another boost, let’s give this person another boost to say keep going, because now life will come to you hard, like it’s come to everyone that’s lived long enough. It comes hard and it gets in the way of your career; it stops your career, it stunts your life — not necessarily your life, but it definitely will make your career go left. You show me an actor doing a shit movie, I’ll show you a guy with a bad divorce. [Audience laughs.] Right? Right? [Looking around the room.] You know who I’m talking about.

[…] So we’ll give her a boost to say, go on, you’ve made it this far, push her out into the deep water, push her out into bigger and deeper films, more and more films. She has a beautiful eye. She has great taste in the people she chooses to work with. She’s a kind and thoughtful director and editor and producer. She’s all the things that we hoped we could be when we were like this. She’s been lucky so far, and she’s been strong so far. Let’s keep her going.

What moves me about this is how right he is that we don’t stop needing boosts. You know, I imagine that filmmakers have a lot in common with entrepreneurs – they’re often flying solo, in the sense that they don’t work for anyone, and they don’t have anyone patting them on the head telling them they did a good job. I mean sure, there are awards and box office receipts and whatnot, but I know from experience in my own industry that a lot of the awards are bullshit, and calculating your success on the basis of your financial returns is only one measure. So how wonderful to frame this award for Ms. Coppola as a boost from her community, an encouragement to “push out into the deep water.” I would love for the business community to have something like this, not the Forbes listor the Inc. list (both of which are meaningful in their own ways), but something like an artistic achievement award. An award that says: Hey there, we see what you’ve done and what you’re trying to do, and we want to see what else you’ve got in you… so keep going.

Sometimes it can be a little lonely being the one who has to come up with all of your goals, achieve them, and then celebrate them. I think most of us long at one time or another to have at least one of those three things outsourced. (As we’ve often confessed, #3 is the hardest for us, but sometimes I’d love to just have someone tell me where the next goalpost is so I can just point in that direction.) We could use some “boosting” from our peers, I think.

So here’s the challenge I’ll pose to you, dear readers: Reach out to one entrepreneur you know & admire, and tell her you love what she’s doing. Give her a gold star (literally or figuratively). Get really specific. Write her a little note or give her a speech, or raise a toast to her the next time you’re both out for drinks. I’ve been fortunate enough to get a note like that and I’ll tell you, the effects last for weeks.

Push each other out into the deep water, and let’s keep each other buoyant.