On Marissa Mayer’s Disavowal of Feminism 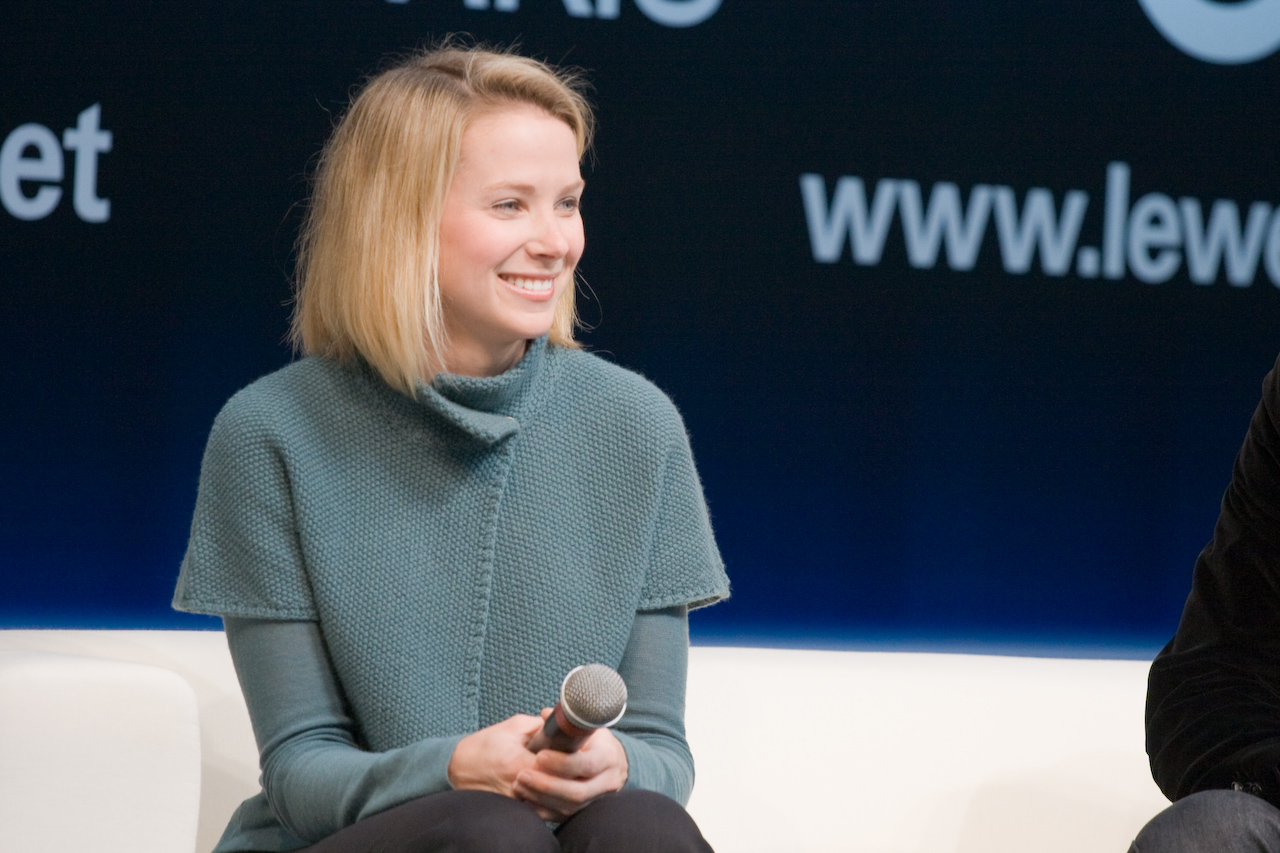 I wrote a short, and necessarily incomplete, piece for Quartz on Marissa Mayer’s statement that she’s not a feminist. You can find it here. I struggled to write it, because I knew I was leaving so much context out – and therefore leaving myself open to misinterpretation. So I am expanding on it here, to flesh out some of the things I couldn’t squeeze in.

This post is more personal than the Quartz piece; I hope it helps clarify my perspective.

We Have an Impact-Versus-Intent Problem.

I get why feminists feel betrayed when women they admire disavow feminism (especially when it’s done with a negative flourish that disses feminists, as Mayer did). It feels like a slap in the face to all of our hard work – hard work we are doing for the advancement of all women. So when one of us says, “I’m not part of your cause,” we can hear it as an unwillingness to acknowledge that the work is still underway, and that it’s important.

What bothers me, though, when I hear the chorus of outrage begin again, is that I remember, with painful clarity, a time in my young adulthood when I did not align myself with feminism – and when my feminist friends expressed their outrage and impatience with women like me, it made me feel small, excluded, and like I was not allowed to speak. I felt shamed for my ignorance and shamed for my difference. And I didn’t know how to talk about it without making it worse. So I stayed silent rather than risk deeper rifts.

These days, I have a very different relationship with that outrage. Righteous anger can be a powerful tool, wielded responsibly and strategically. I have immense respect for intelligent expressions of outrage in the right context.

And I have tons of empathy for the fatigue that sets in when we see the bazillionth person today  fall back on tired stereotypes to diminish feminists. It’s effing hard to resist the urge to roll our eyes or fight back when we feel insulted.

But I really want us to resist the urge. Especially with women like Marissa Mayer, for whom I have great admiration. The last thing I want is for her to hear nothing but feminist outrage in response to her statement. What I want is for her to know there is room for her voice in feminism. That there’s room to be a newbie and ask clumsy questions while you’re figuring out where you fit. That there’s room to build your skills in acknowledging, analyzing, and working to disentangle one’s privilege from one’s accomplishments.

I also want her to know there’s room for thoughtful critique of feminism and feminists. That one need not label oneself a feminist in order to be a constructive voice in the movement for gender equality.

The labels don’t matter much to me, in the end. What matters to me is our willingness to listen, learn, and act with compassion.

A slight detour, to make a point: My father was a Protestant clergyman. For the first twenty-five years of my life, he led the weekly church services I attended. He is one of the most powerful, thoughtful preachers I’ve ever heard. And while he wrestled with the complexities and challenges of theology and scripture constantly, his faith had a strong core that carried him through many trials and tribulations. I always admired his commitment to God and wished I could feel the same connection he did to the divine. (I left the church in my mid-twenties, when I discerned that my commitment to music was stronger than my commitment to the faith – and I have not returned.)

Dad retired from ministry in the mid-1990s, and didn’t go to church much for quite a while, which I mostly put down to being picky about finding a preacher he enjoyed. (This is a common affliction amongst retired clergy.) And then one day in 2010, we were talking on the phone, and he asked me if I’d heard the news about novelist Anne Rice. No, I hadn’t. “She’s renounced Christianity,” my father told me, and then went on to say that he felt exactly the same way she did – that while he still felt a strong connection to Christ and to the Christian myth (he’s always called it “the Christian myth,” which I find rather inspired), he didn’t think he could stomach the idea of calling himself a Christian anymore, because the word has been corrupted by centuries of abuse and oppression.

I was stunned. The idea of my father – the minister! – not calling himself a Christian anymore was hard to make sense of. But what’s changed? Almost nothing. He still references scripture, and the great theologians, constantly. He still has the same spiritual beliefs. He still thinks deeply about the role of the church and its adherents in the world, and how Jesus’s gospel of social justice can teach us to be more equitable and compassionate.

But the word itself – Christian – is way too loaded for him.

And I get it, because hey, I grew up in a very secular community where every time someone new found out my family was Christian, I had to explain that we weren’t evangelical fundamentalists, we didn’t believe other people were going to hell, and we weren’t out to convert anyone.

And now I feel similarly about feminism. (Not that I think it’s been corrupted by centuries of oppression and abuse, obviously.) Not to the extent that I won’t call myself a feminist – I’m a proud, card-carrying feminist, thankyouverymuch – but I frequently ask myself, “Is it worth using the f-word here?” when I’m talking about gender.

Back to Marissa Mayer. Yes, she’s white, blonde, young, and conventionally beautiful. This gives her exceptional privilege – and it also makes her a target for hostility, backlash, dismissal, and more. (I ran a small business in my 20s, and let me tell you, you jump through a lot of hoops to get respect when you’re young and female in the business world.) She’s also a Stanford grad who was Google’s 20th employee (and their first female engineer). That gives her credentials and privilege, too – and it also makes her a rare breed who worked very hard to get where she is. And of course she has positional power, as the CEO of a Fortune 500 company, which again gives her privilege – and makes her a target for critique on the basis of  her class status, her capitalism, and her conventional definition of power.

My question is this: Does feminism not have room for her voice? I am strongly in favour of a pluralistic feminism that includes and celebrates the full range of women’s, men’s, and transgender persons’ experiences. I want to learn from everyone’s experiences of gender, race, class, ability, sexual orientation, ethnicity, colonialism, and other axes of identity. My life is richer when I make room for difference, with compassion and curiosity.

And I really, really want to learn from Marissa Mayer, who has lived an extraordinary life thus far and isn’t even halfway through her career yet.

The turning point in my relationship with feminism was when I was invited in with joy and love. When friends gave me books to read, and asked what I thought with genuine curiosity. When I saw women I could identify with – which for me meant smart, funny femmes with big smiles and ready laughs – talking about reconciling their love of high heels and makeup with their politics. When I discovered the world of intersectionality and couldn’t resist its intellectual depth and breadth. When my friend Liz held my hand through the purchase of my first set of cloth pads and compared notes with me as I unlearned years of shame and discomfort with my body.

These welcoming experiences laid the foundation for deeper, more complex interactions where my worldview was challenged in big ways. Trust must be built first, before we can have constructive conversations about privilege and power. We must let go of embarrassment, shame, and not-belonging before we can engage with courage and respect.

I fear that we have forgotten this fundamental truth of human relationship, in our quest to make ourselves heard. First, we must demonstrate that we can – and will – listen too.

I know there’s a diversity of perspectives on this, and I have great respect for the views I’ve seen expressed elsewhere, even while I disagree with some of them. As always, I welcome your comments.