A Love Note to Entrepreneurs Feeling The Fear 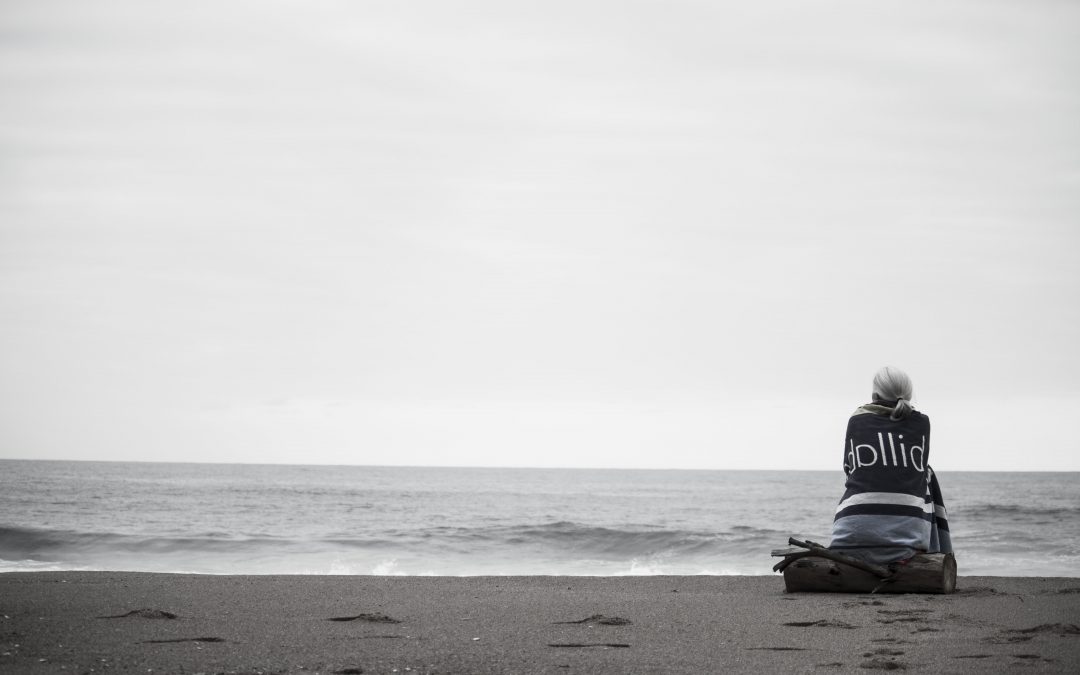 I recognize the place where you’re standing right now. It feels like a precipice, or a thunderstorm, or like being crushed under the weight of too many expectations and responsibilities. You feel like maybe, just maybe, your business isn’t going to make it through this.

And you might be right. But I want to talk to you about surviving this moment, and about what comes next.

The Fear is a Liar. You’re Not Alone.

First, it’s important that you know this: we’ve all felt The Fear. Starting a business is an inherently risky move, and the risks never disappear into the sunset — they only change. But it’s easy to feel alone when The Fear comes on, because that’s fear’s superpower: making you feel alone and vulnerable. So if you’re able, remember that every entrepreneur that’s ever entrepreneur-ed has felt the way you feel right now.

I’m telling you this because I got an email from a coaching client last week that read, in part:

“Will this ever feel easier? Will there ever come a time when things are running smoothly, my future & finances don’t feel debilitatingly uncertain, and I actually feel like I know what I’m doing? In your experience of living this entrepreneurial life, does it ever feel even just a little bit easier?”

I wanted so badly to write back a sunny, “Yes! It gets so much easier.”

But that would have been a lie.

So I wrote this instead.

It’s a letter to that intelligent, soulful visionary who wrote to me, and it’s also a letter to my younger self — for all those times when my doubts clouded over all certainty and confidence.

What Are You Afraid Of?

While our culture — especially the braggadocio-fuelled culture of North American entrepreneurship—worships at the altar of “pushing through” fear and ignoring emotions, the truth is your feelings will find a way to express themselves, either directly or indirectly. I strongly prefer understanding my own emotional weather patterns so that I can engage with them consciously, rather than letting them make unconscious decisions for me.

The big secret to this is simply: feel them. Allow the feelings to rise up—and if you need to, set a timer, as Chris Dierkes suggests, so they don’t overwhelm you — and give them a chance to tell you what’s up.

Karla McLaren, author of The Language of Emotions, says that fear’s job is to wake us up to something we need to be alert to. When we feel fear, she says, our job is to ask, “What action should be taken?”

I find that when I’m deep in the midst of fearful feelings, I need to start by asking, “What am I really afraid of, here?” That helps me get to the root of it before I shift into asking “What action should be taken?”

Either way, the goal here is: feel it, engage it, and work with it to gain clarity and focus. Being “fearless” is not a good thing. (Without fear, you’d be incapable of assessing or avoiding risk.) As Mark Twain said, “Courage is resistance to fear, mastery of fear, not absence of fear.”

Will it ever feel easier?

Obviously, you’ll get a different answer from every entrepreneur you ask, but this is my experience: It doesn’t get easier, but you become more resilient. There will always be waves of difficulties that feel insurmountable and new, but the longer you stick with it, the more experience you’ll have getting over some kind of wave, and you’ll be able to trust — to some extent, anyway — in your ability to at least weather the storms, if not ride the crests.

This doesn’t mean you won’t feel, at least once every year, like you’ve failed utterly and it’s time to throw in the towel. (Again, this is my experience, and maybe not everyone’s.)

It also doesn’t mean that life as an entrepreneur is a non-stop storm of crazy proportions. There are ebbs and flows. There have been times when I felt entirely confident about how things were going. Those were the easier times that I think you’re holding out hope for. They do exist.

But I don’t want to tell you that it ever feels like that forever, or like there’s some kind of goalpost beyond which you no longer encounter dark nights of the soul.

As a friend of mine once put it, “At the end of the day, life is just the death and resurrection show.” There will be moments of intense sweetness and light. And there will be darkness. The only thing we can count on for sure is that it’s all transient, i.e. this too shall pass.

I hope this isn’t too dark. I don’t want to sugar-coat things just to cheer you up. I also don’t want you to feel alone.

Failure is Not the Whole Story.

And here’s what I really hope you don’t feel: that if you close the doors on your business, that means it was a failure.

I don’t know if that’s going through your head, but again, this is my experience. Any time I faced the possibility of closing down my business, I felt like doing so would mean admitting failure. And if I could go back in time and talk to that younger self, I would say: look, you do what you need to do to get through to the other side of this. That’s not failure. That’s survival. That’s reinvention. That’s creative problem-solving. And if the business has to close down now, so be it. It had many successes, and its ending does not define its impact — or yours.

I’m not trying to put a feel-good spin on failure in the pat way that Silicon Valley bros talk jauntily about “failing up” and “failing fast” and “I’m super privileged so I can afford to ‘fail’ and then blog about it to prove how cool I am with failure.” Failure is awful. It’s really, really hard. Closing the doors to your business would feel like failure, and yet —that’s only part of the story.

Calling it “failure” carries with it a strong suggestion that you have failed. That you could have done something to fix it. My hope is that you not feel defeated, or like you’re doing something wrong. There are way too many variables in this game to pinpoint any one thing that could be causing your business to falter.

Finally, if you find yourself crying: that means you’re letting go of something that needs to be released.

Now’s a good time to ask yourself what that thing is, and how you can help it move along.

I can’t promise you what the future holds for your business, but I can promise you this: pushing the fear away will only guarantee it will come back with a vengeance. Asking it in, and letting it show you what you need to attend to, will allow you to take your next step with wisdom and integrity.