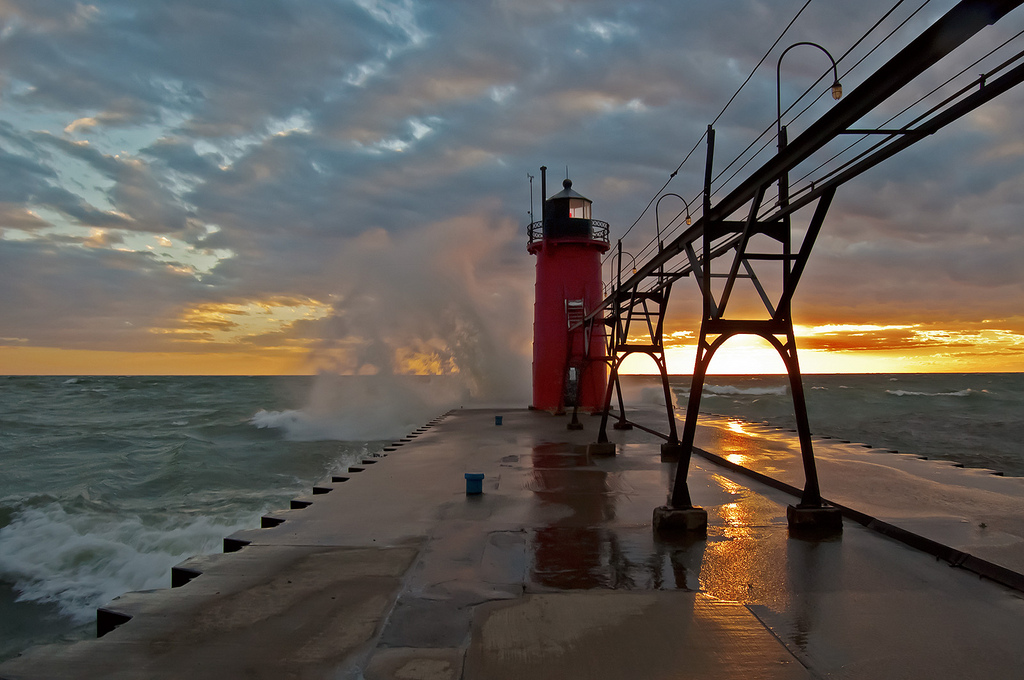 Mozilla appointed a new CEO, Brendan Eich, last week, and a lot of good people are feeling troubled by it.

They’re wrestling with wildly conflicted feelings and convictions. They’re doing the hard work of trying to reconcile their deeply-held respect for diversity and freedom with itself, as freedoms of belief and expression hit painfully up against human rights for LGBTQ people. They’re struggling to figure out the right ways to express their opinions and act in integrity with their values. They’re having really, really difficult conversations with each other where they’re trying to listen thoughtfully without capitulating, and to express themselves clearly without pontificating or railroading each other.

And amidst it all, there are some important lessons to be learned about what leadership means – and where the boundaries between personal and professional lie for people at the helm of an organization.

The story in a nutshell, for those who haven’t heard it yet, is this: Mozilla’s new CEO, Brendan Eich, a co-founder of Mozilla and highly respected member of the community, donated to a “Yes on Prop 8” campaign in 2008. There’s real tension here between Eich’s personal politics and Mozilla’s organizational values, because while Mozilla prides itself on having one of the most diverse communities anywhere – including along political lines, since its staff, contributors and user base cover a massive range of perspectives and backgrounds, including people with conservative, libertarian and liberal persuasions – it also has a reputation for being highly inclusive and supportive of its LGBTQ staff and offers equal health benefits, an anti-discrimination policy, and has been (and continues to be) supportive of diversity initiatives.

While many of the blog posts from Mozillians that I’ve read emphasize strong support for Eich’s right to hold whatever personal, political views he wants, there are a lot of people saying they’re uncomfortable with his appointment as CEO. I can’t possibly summarize the discussion accurately here, but I’ll point you to Erin Kissane, JP Schneider, Tim Chevalier, Christie Koehler, Mark Surman, Chris McAvoy, Myk Melez, and Matthew Riley MacPherson as examples of the kind of thoughtful and considered conversation that’s taking place in the Mozilla community right now.

What a lot of people are hinting at (and in some cases, saying outright) is this: The standards are different for a CEO.

That may sound unfair. It’s not.

It’s different when you’re a leader. You’re held to a different standard – and so you should be. You’re accountable to act consistently with the organization’s core values, and on behalf of the wellbeing of its stakeholders, including staff and volunteers. And that accountability extends to your personally held beliefs, because they become highly relevant to everyone else in the organization when you are steering the ship.

The distinction is about power. As an employee amongst many, a single person’s views and behaviour do not have the same impact as they do when that person is the Chief Executive Officer. When you have the power to set direction for the company, the impact of your behaviour is amplified.

The CEO sets the tone for the entire organization. And while I’ve read Eich’s assurance that all of Mozilla’s initiatives to stand by its LGBTQ employees and contributors will stand, I understand those employees’ skepticism about just how that’s likely to play out. We don’t want our leaders to simply say, “Everything will stay as it is – promise.” We want vision and forward movement. We want to feel confidence that we are deeply valued. And we certainly want to feel confident that our leaders have our back when it comes to our human and civil rights.

(Let’s remember, this is a very different issue than if Eich had supported the NRA, PETA, Greenpeace, a niche religious organization, or, I dunno, some other cause on which people disagree sharply. We are talking about financial support for a campaign that actively tried to suppress the rights of people who work for and support Mozilla. There is a substantive distinction to be made between this and other political causes. To put it another way, your CEO’s contribution to dirty coal lobbyists probably doesn’t interfere with your private, everyday life to the same degree that his support of anti-equal-marriage legislation could.)

So: Mozilla is in the midst of a crisis of values and leadership. What are the lessons for leaders – or would-be leaders – everywhere?

First, you don’t need to be perfect, but you need to be 100% accountable for your actions. When you step into leadership, you take responsibility for creating a safe, productive space for everyone who works for you. When you wield power, the degree of accountability you hold for acting with integrity and consistency goes way up. This doesn’t mean you need to have a flawless track record, but it does mean that you should expect to be held accountable for the impact of your actions.

(This is why I recommend that leaders articulate and share their core values with their teams – so that the entire group can hold each other accountable to those values. We can’t possibly expect to be 100% consistent about living up to our own expectations, but we can invite help to do better.)

Second, power changes everything. A friend once told me that stepping into leadership means making your peace with not getting invited out to lunch with your colleagues anymore. Lest this sound like a “lonely at the top” pity party, I simply mean that it’s disingenuous to ignore the realities of power dynamics. When we claim leadership roles, we gain a great deal of power and privilege, and we must also make small sacrifices, such as giving up the easy camaraderie that’s possible when you don’t have firing power, or the ability to have your political contributions go unquestioned.

Postscript: If it’s not already obvious, I love Mozilla, I have friends who work there – or have in the past – and I believe strongly in its mission. I care a great deal about how this plays out, and I’m sending a lot of love to those hashing it out in and around the organization.

I’m not going to weigh in on what ought to happen next at Mozilla. People with far more knowledge and wisdom about Mozilla than I have are working that out. It’s nothing if not complex – and as Dan Gillmor and Anil Dash tweeted a few days ago, it’s pretty wonderful to see Mozilla engaging with these questions so openly and publicly, with consideration and nuance, passion and resolve. Would that more organizations encouraged this kind of conversation and open dissent.

Update, 2014-04-03 @ 8:42am: Some commenters have asked me to clarify my statement that Prop 8 is different from other divisive issues. Here’s my take on this – and I fully expect that many will disagree with it: If Prop 8 had succeeded and the US had remained a country where same-gender couples were unable to access the rights afforded to married couples, many of Mozilla’s US-based staff would have been directly affected: their spouses would have been unable to immigrate; they would not have the right to visit their partners in the hospital; and so on. While, yes, some of the other issues I listed affect Mozilla employees, I would argue that those effects are felt less personally, for the most part, than for people who have been treated quite literally as second-class citizens and denied rights afforded across the board to any straight person. That is why I’ve used the language of human rights here. An employer taking a stand that s/he does not support equal rights feels deeply personal, even when that employer is someone you respect and trust on a professional level. And that’s what I’ve seen in the blog posts I’ve read: Not that people don’t respect Eich, or trust him, but that this is very personal and tough to simply “get over” or “move on” from.

Second, I want to reiterate that I’m not calling on Eich to resign, or for Mozilla to take any particular action. I keep returning to the word “accountable,” because I think that’s the path forward: It’s about acknowledging the impact of his actions, not about erasing them or pretending to have changed his mind or any other kind of attempt to sweep this under the rug. Accountability is not a code word for facing the firing squad – at least, I didn’t intend it that way. It’s simply about taking responsibility for one’s part in a situation, and working to make it right. I don’t feel equipped to judge what “making it right” looks like at Mozilla; my observations are on the distress I see in the community and what lessons can be gleaned from that, both within Mozilla and for other leaders and organizations.