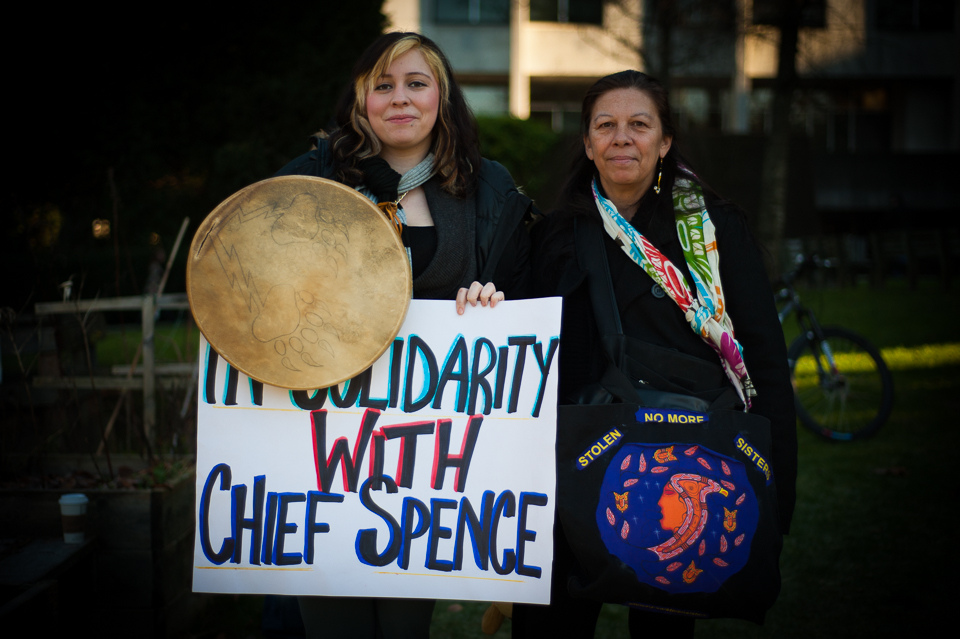 I believe that unarmed truth and unconditional love will have the final word in reality. This is why right, temporarily defeated, is stronger than evil triumphant.
–Martin Luther King, Jr.

I have been feeling hopeful about my country lately. I haven’t felt that way in a while. While my American friends often joke about moving up here when the climate gets reactionary (like, say, after both of the elections George W. Bush won, or after another regressive “marriage protection” bill is passed), the fact is that Canada’s current Prime Minister, Stephen Harper, is far more conservative than President Obama in many regards. And many of the things I love about my country – like its vast wildernesses, its generally-pretty-good track record on things like providing a safety net for people who hit hard times – have been suffering badly at the hands of short-sighted legislators.

For anyone with a sense of interconnectedness with other people and the world around us, it is a tough time to read the news.

And yet, something amazing is happening.

The First Peoples of Canada – indigenous Canadians – have started a movement that we need, badly. I feel this in my bones: We need the conversations it has been prompting. We need the celebration of holistic approaches to solving huge, multi-faceted problems. We need the excuse to stand in awe of the visionary leadership of First Nations women and men – and youth. Perhaps especially the youth.

Just watch this 11 year-old girl, Ta’Kaiya Blaney, speak more articulately than I think I’ve ever seen a young woman her age speak – and then sing with a power that will blow you away. (“I wasn’t raised to be an activist; I wasn’t hardwired to be an environmentalist. I was just taught to have empathy and be respectful of our mother.”)

She is asking us to consider carefully the inheritance we are leaving her. Will we listen?

Read this piece on Chief Theresa Spence and nonviolence, with its repeated entreaties to “all my relations,” and just try to maintain a belief that there is such thing as an “other,” that we are not all both implicated in colonialism and empowered to dismantle it. (Note that I said “implicated in,” not “guilty of”; guilt is not required, nor is it helpful. We may not have created the system we live in, but we are responsible for fixing it to the best of our abilities.)

All my relations, I don’t know what will happen if we are confronted with our national origin story because most of my fellow citizens haven’t been taught to understand their history of institutionalized violence. Many of them may instead be hateful and act hatefully, for knowledge truly is power and if their elementary and secondary school education were anything like mine, then with respect to Indigenous peoples in Canada they have been systematically denied it. Many thus understand Indigenous Canadians as two-dimensional people: historical and angry.

I had the privilege of participating in a conversation recently that convened indigenous and non-indigenous Canadians (sidebar: the language around this is really awkward and fraught – no one seems able to agree on what the most inclusive and respectful labels might be, so please forgive any toe-treading) to talk about Idle No More and learn from one another. The conversation was courageous, curious, and vulnerable. One white woman admitted that she doesn’t have any significant relationships with First Nations people, and therefore finds it hard to connect with their cultures and concerns. A First Nations man told us how he didn’t learn about residential schools until he left home, because the culture of silence among the survivors in his community was so strong. The experience reminded me that we are all learning to piece together our histories and make sense of our present – and while it feels enormously vulnerable to admit gaps in our knowledge and understanding, admissions of ignorance, made humbly, are generally greeted with good humour, compassion, and a willingness to share and teach.

Yes, it is humbling to admit that we lack knowledge and awareness. And it is a profound gift to experience the generosity that comes when we seek to remedy the situation.

An invitation has been extended to all of us, to learn about the histories that have been systematically erased from our textbooks, omitted from polite dinner table conversation, ignored by those of us who take pride in our country’s reputation as a peacekeeper without noticing that we got a failing grade from Amnesty International last year because “by every measure, […] indigenous peoples across Canada continue to face a grave human rights crisis.”

We are witnessing the birth of something fragile – something that has the potential to grow big, beautiful, and strong, to spark the kind of profound shift in awareness that comes along once in a very long while. And we are being called to do our part to ensure that it survives and matures.

If we do, we might be able to right some very old injustices, and to avoid inflicting new ones.

Let’s do our very best. Even the eagles are watching.

An eagle just flew over the #IdleNoMore protest at YVR City Hall. Speaker from Squamish Nation: "Our ancestors are here with us today."

#IdleNoMore #halifax an eagle flew over the rally in solidarity. pic.twitter.com/3yZ8rzzd