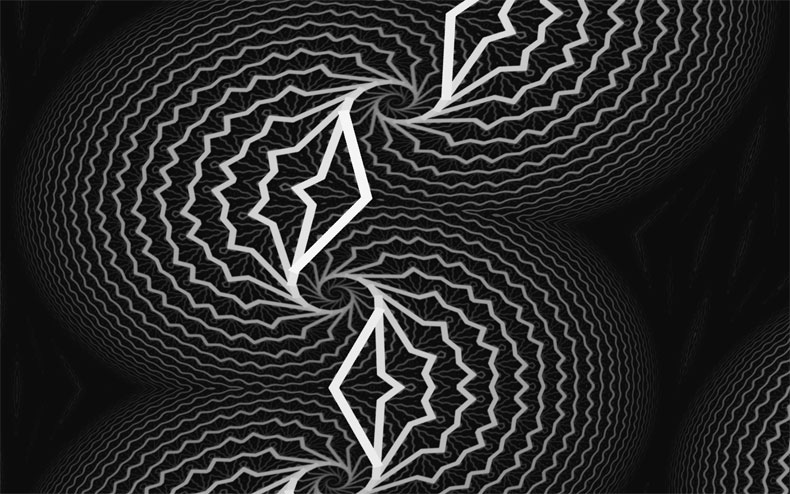 Like most people in the tech sector, I’ve worked for my share of young, inexperienced bosses – young turks who’d gotten ahead by being brilliant at one aspect or another of their business, but who hadn’t managed a team of people before. After a few years of grumbling about what they ought to be doing differently, I got to eat a big slice of humble pie, when I became one of those young, inexperienced bosses myself.

Now, there’s nothing wrong with being inexperienced – but when you’re a small-scale entrepreneur, and you don’t have an HR department, or much in the way of a professional development budget, there’s a whole lot of winging it going on. And sometimes we, um, don’t exactly know what we’re doing. And unless you’ve got a particularly outspoken team, you probably don’t have anyone to tell you what you’re doing wrong.

I’m here to help you out with that. (But gently! We won’t be putting anyone in the 360 mirror.)

When it comes to leading a team, it’s crucial to be mindful of your weaknesses, because any blind spots you have will quickly multiply across your team and be reflected back to you many times over.

There’s a rookie mistake I’ve witnessed a lot – in other newbie bosses, and in myself – and that I’d love to save you the trouble of learning about it the hard way. It’s at the heart of many a dysfunctional team, and it can account for many types of dysfunction, from low motivation, to missed deadlines, to soul-deadening meetings and poor employee retention. (Yes, really – all of those things.)

Want to fix (or avoid) all of those things in one fell swoop? Try this:

Stop asking the wrong questions when you ask your team for feedback.

(Oh, and pssst: If you’re a solopreneur, you aren’t off the hook, here. This applies to everyone who collaborates with other people, whether they’re designing your website, subcontracting to you, or managing your appointments.)

So what does asking the wrong questions look like – and how can you ask the right ones? I’m so glad you asked.

How Not to Ask

Rookie Boss gathers her staff for a weekly meeting. On the agenda: Where to hold the next off-site meeting. A spirited round of brainstorming ensues, with everyone advocating for their favourite just-out-of-town location. Enthusiasm is high… until Rookie Boss sends an email out days later saying that after considering everyone’s input, she’s decided to go with her first choice after all – a conference centre no one had mentioned at the meeting.)

Result: Oh, Rookie Boss. Not only have you have wasted everyone’s time – but more importantly, you have just effectively told your team that their input is likely to be ignored and overruled. Good luck getting them to engage with any real enthusiasm next time… or convincing them that they should bother to share their best ideas with you.

Your manager sends around a project plan “for feedback,” via email. It’s detailed and in-depth – he’s clearly spent a lot of time on it. He says he’s open to any and all thoughts from the team.

Result: Very few people respond, except to say some variation of “Looks great!” Actual buy-in to the project plan is low, but so is everyone’s desire to rock the boat by questioning something that the manager is clearly invested in (given how long the plan is), via email (a risky medium for tricky conversations), and with no clear parameters for providing feedback (no deadline, and no specific questions to answer). Perhaps worst of all, it will probably take months (at best) for this manager to figure out that no one really thinks it’s a great plan.

I could go on, but let’s stop there. The point is: People often suck at inviting good input.

Don’t feel bad; it’s a learned skill – and an easily learned one, at that.

Look, here’s the thing: We do smarter and better work when we work together. Take advantage of the big brains you’ve hired, be they staff, contractors, consultants or advisors – by asking them better questions, and listening well.

We want to help you figure it out. People love to solve problems. Why not get all your people’s hearts and minds working on your biggest problems?

Our egos – and sometimes, a misguided belief that collaboration is anathema to expediency – get in the way of asking for input that really matters. But what usually happens instead is:

There’s an easy fix for this – it just involves the teensiest perspective shift.

It comes down to this: Ask your best people to help you solve specific problems. Each part of that sentence is important. Let’s break it down.

We go on auto-pilot trying to solve our own problems. Learn to invite input. Maybe you’re like me, and you need a reminder to break old habits; I had a daily task on my to-do list, for several months, that prompted me to ask my staff for more help. Eventually. I got in the habit. What will it take to get you to ask?

Get Your Best People On It.

If you hired them, you probably think they’re pretty awesome. (If you don’t, that’s a bigger problem.) What challenges are you facing that could benefit from some fresh perspectives?

Stop sending big long emails that end with, “Feedback welcome.” Quit showing up to meetings and asking if anyone has anything they want to put on the agenda. Show some leadership by asking specific questions: “What do you love about this idea? What looks tricky?” “If you had to cut one thing from this project plan, what would it be, and why?” “What questions have you been hearing from customers lately?”

Focus on Problems and Desired Outcomes.

Listen up – this part’s important. Maybe the most important part of this whole post.

I used to tell my design clients all the time: “Don’t try to figure out a solution – just tell me the problem.”

I adopted this refrain because my clients would often respond to mock-ups with comments like, “I like it, but could you maybe try changing the green to blue, and move this over here?” – and what’s much more helpful is, “I like it, but there’s something about the colours up here that feels too bright and flashy – and this piece over here seems like it’s just stuck there for no good reason.” Or even better, “I wanted the focus to be on the photos of people, so we could communicate approachability, and the green feels distracting and pulls me away from the warmth of the people.”

Can you see the difference? Like I said, people love to solve problems. Even if we aren’t equipped to solve them, and even when we’re face to face with someone who can.

Put yourself in my shoes. I have fifteen years’ experience designing websites. I want to do my best work for my client – and I also want to make them happy. When someone asks me to swap out the colours and move a design element, my instinct is to follow instructions. When they tell me about the problem they notice (and the outcome they want), my mind gets to work on solving the problem – and my fifteen years’ experience get invited into the conversation.

Great leaders don’t simply use their teams as sounding boards for their own already-formed solutions. Focus more on the outcome you want, and less on how to get there. That will create more space for your team (and your customers) to co-design the experience with you, which will create better solutions than you could ever dream up on your own.

Postscript: Start With Why

One final tip: If you’re having trouble figuring out how to gather meaningful input from your team, start with the “why.”

It’s tempting to focus on the whats and hows of our work – the plans and the details. But what generates real creative thinking and productive collaboration is to focus relentlessly on the outcomes you know you want.

Maybe you want better customer retention, and you’ve agreed that one solution to that is to communicate with them regularly. Your instinct might be to set up a weekly email newsletter, and invite input from your team about what should go in the  newsletter.

Whoa, there – best to pause and ask a better question, which is: “How can we connect with our customers regularly in a way that is going to really build trust and engagement?”

Get it? You’re focusing on why you’re doing it – and on finding the best solution to your real problem, which is not email content but rather, customer retention.

Once you dig down to the level of why, the what and the how can be opened up for discussion. It’s that simple.

Now go forth and solve big problems – and get your best people on it.