How can you make your disagreements more respectful? 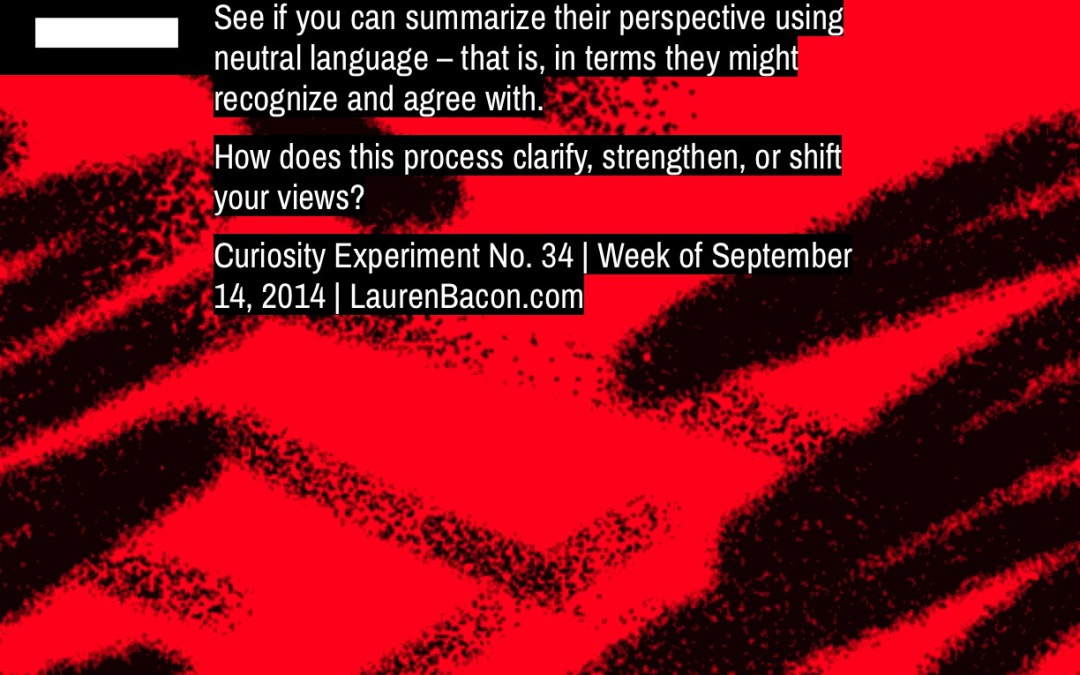 My partner has been trying to get me to stop reading outrage-provoking things on the internet. (I suspect he’s getting a little tired of hearing me complain about things over which I have little to no influence.)

It’s a tough habit for me to break, as it turns out, for two reasons: First, the news cycle and blogosphere pretty much run on outrage (or so it can seem to me on darker days); and second, the list of things that can rile me is pretty long. Just off the top of my head, there’s a national crisis of violence towards indigenous women being utterly ignored; journalists (professional and citizen) being arrested for doing their jobs; widespread exploitation of the earth’s material and human resources; and the everyday hostility directed towards women, LGBTQ folks, people of colour, and ohgodthelistiswaytoolong.

Of course, I recognize that outrage is an unproductive emotional state. It’s hard to imagine that anyone ever convinced another person to change their mind by shouting them down or telling them they were wrong. Yet it springs up in me more often than I’d like to admit. And I can see that when I’m stuck in outrage, I don’t feel truly respectful of the people with whom I disagree – so on top of feeling frustrated and upset, I also feel like I’m not living up to my own standards.

So, outrage sucks and doesn’t do much for anyone – but short of disconnecting myself from the Internet altogether, I’m left wondering how to shift my emotional state when I’m in the midst of it.

I found a clue in this essay by Robin Sloan (see, the internet connects me to helpful things, too!), which describes a debate format employed by the Long Now Foundation:

There are two debaters, Alice and Bob. Alice takes the podium, makes her argument. Then Bob takes her place, but before he can present his counter-argument, he must summarize Alice’s argument to her satisfaction — a demonstration of respect and good faith. Only when Alice agrees that Bob has got it right is he permitted to proceed with his own argument — and then, when he’s finished, Alice must summarize it to his satisfaction.

Sloan counsels deep engagement, empathy, and – irony alert! – curiosity, when facing people with perspectives that run counter to our own.

“There’s a recipe available here,” Sloan writes, “for anyone brave enough to use it: strong arguments presented in good faith not to our allies but to our actual opponents.”

I think I spy an opportunity to expand into greater alignment with my core values: curiosity.

So here’s my – and your – curiosity experiment for the week: