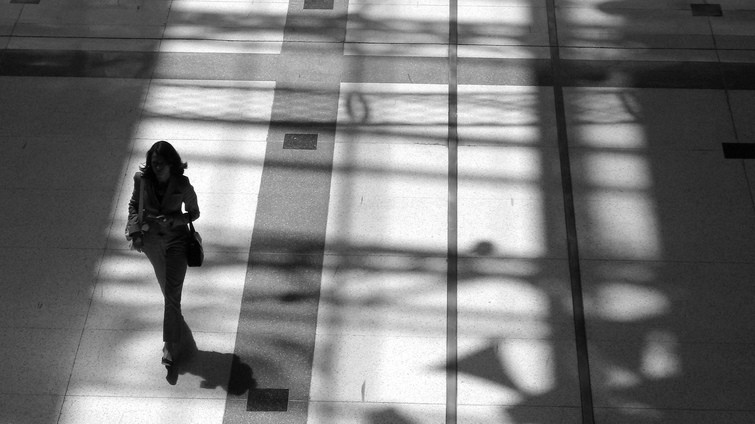 “Comparison is the thief of joy.” –Theodore Roosevelt

“Comparing yourself to others is an act of violence against your authentic self.” –Iyanla Vanzant

As a recovering perfectionist, and self-confessed personal development aficionado, there is perhaps no mental habit that has proven more stubborn than my compulsion to compare. I notice myself doing it unconsciously, all the time:

Announcements of respected colleagues’ launches and successes fill my social media stream. When will it be my turn?

Over lunch with an entrepreneur friend, he shares that his multi-million dollar company has never carried any debt (not even a line of credit!). Wow–I must’ve done it all wrong.

I see a mom pushing a stroller wearing a wicked leather jacket, boots, and aviator sunglasses. I could do better in the style department.

Some brilliant, better-known writer pens a blog post on a topic I’ve been thinking about. Well, guess there’s no point in me writing about that now–it’s been done (and probably better than I could do).

It doesn’t stop with the negative self-talk, though. I compare down, too–embarrassed though I am to admit it. Compassion and empathy feel out of reach, and I catch myself doubling down on negativity: one harsh thought for the person I’m judging, and one for me, when I judge myself for what I’ve just done.

Ugh, that person is so [insert judgment here]. And I’m a terrible person for thinking that.

What bugs me about this habit is that it’s not just a shame spiral on auto-repeat – it also has several impacts I’ve only recently become aware of:

This is deep shadow stuff. When we look down on others, we’re disowning aspects of ourselves that we don’t want to admit to.

Here’s an example. I used to obsess over a colleague whom I found overly self-promotional. I say I obsessed, because every time he tweeted or spoke about a success he’d had, I flew into a quiet, internalized rage about how gross he was, how sleazy, how unlikeable, and so on.

The aha moment came when I asked myself – thanks to some self-help book or other – what it was about him that I disliked, and then asked myself, What about this am I not claiming for myself?

It was instantly clear to me that I felt deeply uncomfortable touting my own victories, putting a positive spin on work I had done, or – god forbid – taking credit for a group effort. (Even taking credit for my contribution in a group could be a challenge.)

It took time, but eventually I came to realize that my problem was not him. My problem was that I had disowned my own desire to shine. It was too loaded (Does wanting credit mean I’m greedy? Selfish? A blowhard?), too risky (What if someone else thinks I’m obnoxious?), and too much (Who needs another person talking about themselves?).

I was projecting my shame and vulnerability onto that person, rather than face it within myself.

Here’s what I’ve come to realize. Looking up to people – following a guru, obsessing over celebrities, idolizing a mentor – is just a twist on the habit of judging or “comparing down.” Sure, you get to drop the self-loathing that accompanies trash-talking other people, but you’re still disowning parts of yourself.

Ranking our qualities not only affects our self-confidence (hello, impostor syndrome!), but it is also an abdication of responsibility. When we hand over the power of greatness to someone else, we don’t have to own it ourselves. It’s a nice, tidy way of excusing yourself from being a bright light. It’s that whole Marianne Williamson thing:

“Our deepest fear is not that we are inadequate. Our deepest fear is that we are powerful beyond measure. It is our light, not our darkness that most frightens us. We ask ourselves, ‘Who am I to be brilliant, gorgeous, talented, fabulous?’ Actually, who are you not to be? You are a child of God. Your playing small does not serve the world. There is nothing enlightened about shrinking so that other people won’t feel insecure around you.”

Carl Jung called this impulse to project our aspirations onto others our golden shadow. It’s still shadow stuff – just easier to admit to, because we don’t feel the same kind of guilt and shame when we experience it. Admiring other people is a nice thing to do, isn’t it? We’re seeing the good in them, aren’t we?

Well, yes – but often, we’re not seeing our own goodness; we’re beating ourselves up for not meeting our ideals. And it’s a false comparison, because we’re comparing our insides to others’ outsides. We forget all about whatever struggles they may have, and focus relentlessly on the parts we see – often, the parts they let us see – which embody the values we hold dear.

We lose our way in our admiration and idol-worship, just as we do when we judge others’ perceived missteps.

What’s the way forward? How do we move away from the compulsion to compare? I have been pondering this question a lot, because I see this pattern playing out in all kinds of ways, both with individual people I talk to, and at the broader cultural level. And I think we could collectively use a healthy dose of compassionate self-reflection, to escape the comparison loop and transform the way we approach the differences we see between ourselves and others.

I’ll be writing more on this topic. And I also have some big news that I’m excited to share: I’m teaming up with the brilliant Tanya Geisler – she of the wonderful TEDx talk on impostor syndrome – to create a set of resources for people who are ready to transform their relationship to comparison. It starts with a gorgeous starter kit you can use to explore and journal your own experiences with comparison. (The starter kit is free to everyone who joins the email list.)

And in the new year, we’ll be offering a program that will explore these questions. It’s called Worship Wisely. Registration opens in January.

Does this pattern sound familiar to you? Would you love to shift it? Get on the list, and let’s start this conversation that’s aching to happen.