Entitlement, Generosity, and the Space Between 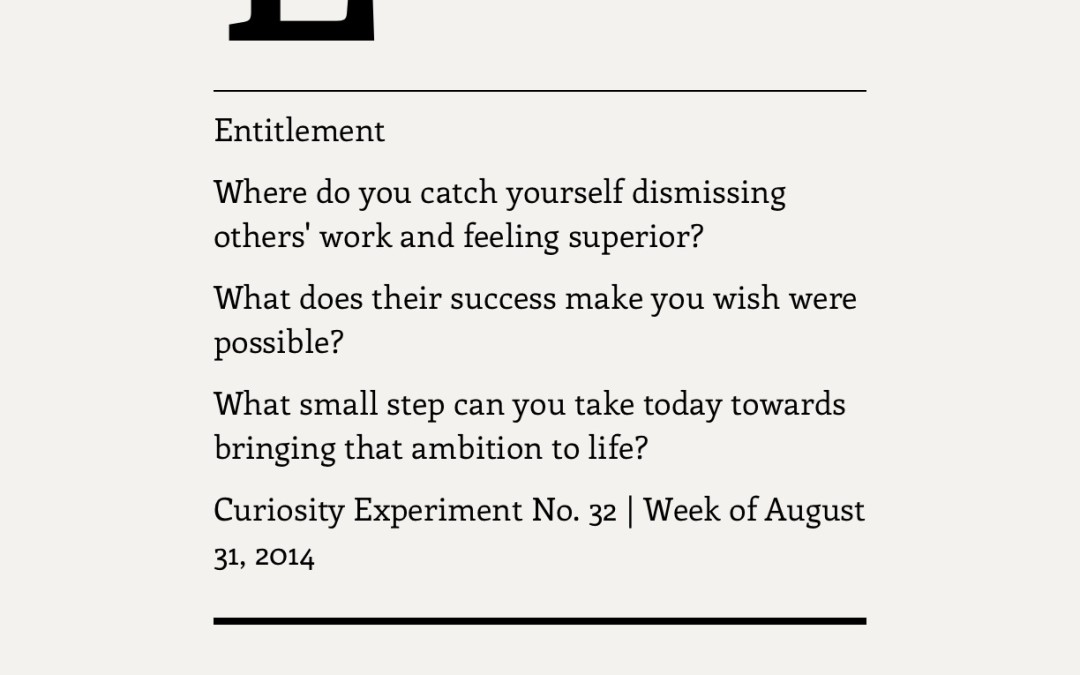 In the past 24 hours, I came across two excellent essays that appear on the surface to contradict each other: Steve Almond’s “The Problem of Entitlement: A Question of Respect” describes the resistance he sees amongst his writing students towards the work of more established authors; while Seth Godin’s “Why don’t authors compete?” waxes optimistically about how generous authors are towards one another, with his primary evidence being the fact that they blurb each other’s books – often quite rapturously.

They’re both absolutely right. The difference between the two groups, as I see it, is one of mindset.

In the case of Almond’s students, the internal landscape is one of compulsive comparison – one where success is a zero-sum game. Anyone else’s success threatens their own. As Almond writes,

Here’s what I suspect was going on in that fiction workshop: My students were actually in a kind of quiet panic. Most of them had made significant sacrifices to attend graduate school. They were taking a big risk, both financially and psychologically. And they were smart enough to recognize, on some level, that the odds against their ever placing a story in the Best American anthology were pretty steep.

Rather than face the reality of their challenge—that they were going to have to spend thousands of doubt-choked hours working to improve and absorb tons of rejection and live in a state of economic and creative insecurity—they defaulted to a more convenient reality: that such anthologies are full of hacks whose success (as one student was later kind enough to explain to me) boils down to nepotism.

In other words, because they felt overmatched, they assumed a posture of superiority.

It’s much, much easier to tear someone else down than to face one’s own fears, put in the hours, weeks, months, years of hard work to pursue one’s own ambitions, and risk failing. And I say this with absolute compassion – because I’ve done it. Oh, I’ve snarked and criticized and envied with the best of them.

But wow, oh wow, does it feel a hell of a lot better to say, “You know that business book I always wished someone would write? I wrote it” – than to sit on the Throne of Snark. And what feels even better is being asked to blurb someone else’s book – a book that might go on to spread wisdom and change lives.

Because as Godin puts it, “It’s not a zero-sum game. It’s an infinite game, one where we each seek to help ideas spread and lives change.”

The infinite game is accessible to all of us. It’s a matter of shifting our mindset, facing our shadows with compassion, and rewriting our internal scripts. This is what Beyond Compare is all about, and it’s what I’m going to be writing about over the next few weeks.

So here’s your curiosity experiment for this week: