Moving Into Purpose: When Going With the Flow Stops Working 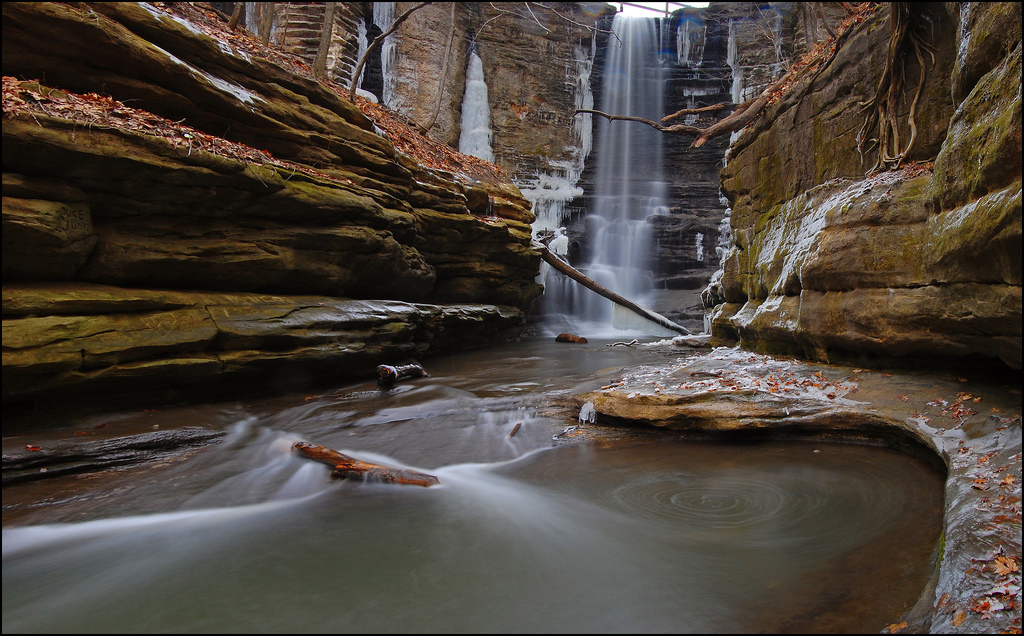 Yesterday, I spoke at Ubizo, a conference for small business owners workshopping business challenges with peers and mentors. This is the written version of the talk I gave, which is a little different than the version I actually gave. I was asked to speak about a challenge I overcame in my entrepreneur’s journey. It’s about discerning when it’s time to go with the flow, and when it’s time to push yourself to do things differently. And about the biggest turning point in my business and my career.

I discovered coding by accident. I was in university & I started doing it in my spare time, learning it from a roommate. I just thought it was fun. I started building websites, designing things in Photoshop. We were collaborating on websites just for the fun of it.

Meanwhile, in my “on purpose” life, I was going to grad school, trying to make something out of the music degree I had completed a year earlier – trying to turn it into a “real career,” because I didn’t want those 4 years of university to go to waste. I was horrified at the prospect of admitting that those 4 years had been spent doing something that wasn’t going to turn into a full-time profession, even though I knew that I wasn’t cut out for a career as a musician. My rational mind wouldn’t let me admit that music was not in the cards for me, and that my undergraduate education didn’t really matter that much.

I dropped out of grad school by accident. Because I took this day job coding for my friend, who had now started his own company. I moved back to Vancouver. I told my thesis supervisor I’d be working on my thesis in my spare time, and I figured this was just a nice way to earn some money and pass the time while I figured out what I really wanted to do with my life.

I fell in love with web design by accident. And I dropped out of grad school to focus on my work, which had become my passion.

I started my own company by accident. I was out for a walk with one of my coworkers, who had become a very close friend. We were talking about what we liked and didn’t like about the company we were working for, and how it was growing a little faster than we’d like. And we were having trouble keeping up with the constant shifts in the workplace. We longed for the personal touch that we used to be able to give to each of our clients. And without thinking, I blurted out, “You know, we could start our own company and this could all be different.” And our eyes met, and I blushed, knowing I couldn’t take it back, I couldn’t un-think the thought. And Raised Eyebrow Web Studio was born. Two months later, we left our jobs, set up desks in the corner of my bedroom, and got to work building something new.

But then about three years in, we found ourselves stressed beyond belief. We’d been struggling against our own success. We got very, very busy. One of the principles we had started our company on was that we wanted to work a regular 9-to-5 schedule. The tech industry is infamous for long hours, so we had gotten used to an overtime culture, but we didn’t like it and we wanted something different. So we had set as one of our core measures of success that we didn’t want to work weekends, that we wanted our evenings to ourselves. And yet, we found ourselves 3 years in, compromising on the kind of success we wanted.

Everyone we spoke to told us it was time to hire some help. We resisted.

We resisted for all kinds of reasons, which I’ll get to in a minute. And the fact was, our resistance wasn’t rational, and it wasn’t good for our business – or for us. So, finally, after two years of battling this exhaustion, at the 5 year mark of our business, we gave in and hired someone part-time, 20 hours a week, on a 3-month contract, to code.

Once we made that change, it changed EVERYTHING.

This was a big turning point – not just in my business, but for me. Because what happened was, the guy we hired to code for 20 hours a week for 3 months turned our business around.

He made freedom achievable again. He was a delightful human being. He was a better coder than I could ever hope to be – because I was too distracted by all of the other things I was doing, like designing all of the websites we created, and running the business – and because he was able to do nothing but code, he was way more efficient than I was. And I got to focus on the stuff I did best, and he made the company more profitable. Our cash flow improved, because we were able to turn around projects that much faster, and invoice more quickly. Our profitability improved, because we were able to charge him out at a higher price per hour than we paid him. And stress started to leave our bodies. There were all kinds of great business reasons to do this.

So at this point, you’re probably thinking that I’m trying to sell you on the value of hiring staff – but that’s not where I’m going with this. I don’t think everyone needs to hire staff. Your path is your own and maybe it involves staff, and maybe it doesn’t. But the big lesson is this: When you are overwhelmed, overworked, and overinvested in maintaining the status quo – when you find yourself resisting change even though what you’re doing right now isn’t really working – that is a sign you are not fully in charge of your life. You are letting things happen to you by accident. I have been in that place, and it’s not fruitful.

The juicy part of this story isn’t the happy ending of how hiring staff saved the day. It’s what took place in those two years between the point where I hit overload, and the point when I finally hired someone.

Something shifted in me – something had to shift, in order for me to step into the boss role. To be not just the boss of me, but someone else’s boss. It took me nearly two years to wrap my head around it, because it was a huge inner transformation. This was big, heart-and-mind stuff – the kind of stuff we don’t get comfortable with overnight.

First, I had to give myself permission to change my mind about how I wanted to run my business.

Up until that point, we had a cozy little 2-person friends-and-coworkers vibe. We had a ton of flexibility, both of us collaborated on every project, and our clients got a ton of personal attention. That was our vision when we started out. We had thought we wanted to work like that forever.

It took a while for us to admit to ourselves that what we’d been doing up ‘til then wasn’t working anymore – and to admit that maybe it was time to embrace a new vision.

Second, I had to move out of my comfort zone – because this kind of perspective shift doesn’t happen without hard work. I was terrified of taking responsibility for someone else’s paycheque – and even more terrified of loosening my grip on my perfectionistic, control-freak tendencies and opening up to new ways of doing things.

Overcoming those fears, and learning how to stop letting them limit my vision, took a lot of work. And it was a huge step forward into living on purpose rather than just living by accident.

The third thing I had to do was make peace with being in a position of power. I had to learn how to be a good boss, cleanse myself of my bad-boss traumas, and get ready to be a real, honest-to-goodness boss.

This meant letting go of my desire to be everyone’s friend. It meant accepting that I would need to make tough calls about hiring and firing people. It meant learning how to instill values and vision into a team environment. It meant being lonely sometimes – because the tough calls fall to the boss.

Those 3 things – giving myself permission to change my mind; moving out of my comfort zone; and making peace with power – were things I had to fight for, and I’m constantly thankful for the lessons they taught me.

I don’t want to make it sound like the most important stuff is always hard. There is a beautiful ease that has woven itself through many aspects of my entrepreneurial journey, and I’m a firm believer that ease is a key metric of success – it’s just that it’s the nature of the easy stuff that we take it for granted, and it’s the nature of the tough parts that they stand out (and make a better story).

Looking back, I can see that I learned to code because I loved it; that I dropped out of grad school because I was just biding my time; that I fell in love with web design because it allowed me to connect world-changing people and organizations to their communities in meaningful ways; that I started my own company because I was born bossy and stayed that way; that I stopped coding not just because I couldn’t squeeze it into my schedule, but because I wanted to be involved in strategic decision-making on every project. And that I became a boss because I was ready to build something bigger, because it served my higher purpose of building a company that did better things than I could do with a smaller team, and because I loved going to work every day with the smartest, most wonderful people I knew.

It’s easier to see the meaning of things when we’re looking back on them. I now see love and purpose woven through every part of that story.

And I now look back on that time when I was fighting against the flow, using every ounce of my strength to cling to my old vision and avoid facing my fears, as a real coming-of-age moment.

Because I re-engineered my vision of success with purpose – dismantling the old, outdated dream that no longer served me, and designing a new one.

Because I faced my fears with purpose, working with mentors and coaches to chip away at them until I felt brave enough to move forward in a new direction.

And because I chose to become a boss with purpose – and only slightly by accident.