Expert Enough: Slaying Impostor Syndrome and Stepping Up to the Mic 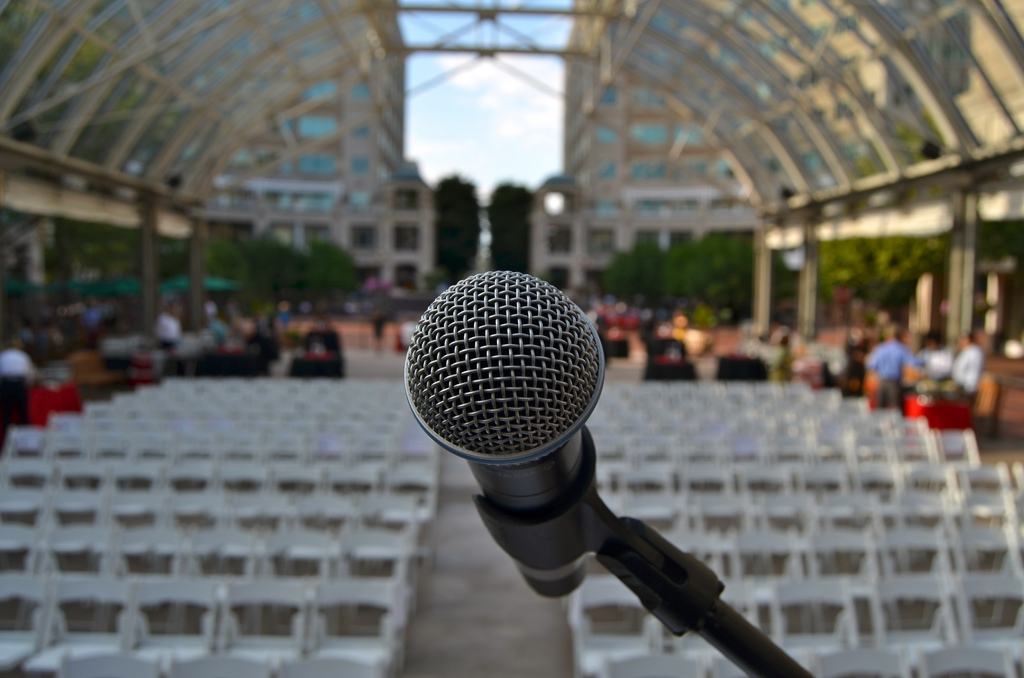 I’m at a conference, looking forward to learning from the experts at the front of the room. The topic is right up my alley: something I practice, but want to get better at. The session begins, and twenty minutes later, I haven’t heard anything new. Unbidden, a thought pops into my head: “Well, this isn’t teaching me anything new. I could’ve led this session.”

The fifth, or tenth, or thirtieth time this happened, I finally woke up and realized I should be pitching sessions to conferences and standing up at the front of the room. It took me a long time to figure out that it wasn’t that the other speakers were lacking – it was that I had real expertise that was ready to be shared with others.

Oh, but that took chutzpah to admit. I had to do battle with my inner critic – the one saying, “Oh, you’re an expert now. I guess you’ve got it all figured out, huh? Next you’ll be calling yourself a guru. Ugh, blech, and barf. Just wait until they figure out how little you actually know, and laugh you out of the conference.”

The voice asking, “Aren’t you a little goofy to be an expert? May I remind you that you don’t even own a suit? Who’s going to take you seriously?”

That utter douchebag inside my head saying, “That’s some ego you’ve got. Now you’ve got another excuse to hold forth. Blah, blah, blah – can’t you just sit back and listen for a minute? And who wants to listen to you, anyway?”

Yeah, that guy sucks. So I did battle with my inner d-bag and went for it anyway, and it turned out that I was ready to get up and speak, and I did have knowledge to share, and people were grateful for it, and some of them said thank you, and occasionally paid me for it, and everything.

Later, I learned the phrase “impostor syndrome,” and I went, “Ohhhhhh.”

And then, about a year ago, I got a really killer reminder of just how deep this goes, and how fiercely I intend to stand up and fight that inner critic from here on in. It came courtesy of my mother, a brilliant and successful woman who has spent her entire career in the nonprofit housing sector, and who runs an organization that she has built up from a small nonprofit with a few apartment buildings to a multimillion dollar, large-scale social enterprise that has inspired hundreds of social housing advocates.

She is amazing. And she has a terror of public speaking.

I was on the phone with her about a year ago, and she said, “Someone asked me to come and speak on this panel for [such-and-such conference]. And I said yes, but I don’t know what they hell I’m going to talk about, because it’s about social enterprise, and nonprofits and government working together, and I don’t know anything about that stuff!”

I sat in shocked silence at the other end of the phone. Two gears turned in my head. Click. One: My mother couldn’t possibly be more of an expert authority on these topics. Two: That is exactly what I hear in my head when I am invited to do something I haven’t done before.

“How long do you think you need to do it before you’ll feel like an expert?”

Laughter. The laughter of recognition, of nervousness, of “Oh, right.” We laughed together, because we both knew the feeling.

And we both knew she was ready. She was beyond ready.

The thing with this is, unless you want to stick with doing familiar things your whole life, you’re going to have to keep doing battle with the inner d-bag. And you’re going to have to decide at some point that you’re ready (probably beyond ready). (This might require a little fake-it-til-you-become-it mojo – which, by the way, really works.)

If my amazing mama needs encouragement to step up to the mic, how many others are waiting in the wings? And how much wisdom are we holding back by waiting until we feel expert enough?

It’s time. The mic is waiting. We want to hear your voice.